I found this photoblog about Beirut’s synagogue and the remains of the Jewish quarter (link here) really interesting. It’s quite a pretty building and a nice locale, although much of the area was destroyed during the civil war. It’s not far from my office and I often walk past the synagogue remains on the way to the dentist. It looks a bit different now though, as the building is finally being rehabilitated.

There is very little about Lebanon’s history that is not controversial, emotive or disputed by parties within Lebanon or challenged by its neighbours. Activities during the 1975-1990 civil war, and issues relating to Israeli involvement here, are particularly contentious.

One such example is the prison at Khiam. Located several kilometres from the Israeli border, the town of Khiam has had a difficult recent history. On a number of occasions it was the target of Israeli air and ground assaults, most recently in the mid-2006 war. I know one person whose family home there has been bombed and rebuilt three times. Khiam has a commanding view of the surrounding countryside – to the south is the green agricultural lands of Israel, to the east towers majestic Mount Hermon, and to the west across the Litani river is the incredible Beaufort castle.

But perhaps the most notorious thing that Khiam is known for is its prison. Built in the 1930s by the French colonial authorities, the prison was run by the Christian South Lebanon Army during the civil war and until the withdrawal of Israeli forces in 2000. During this time it became notorious for torture and severe human rights abuses and was cited repeatedly by the ICRC and Human Rights Watch.

Following the withdrawal of Israeli forces Hizballah took over the prison, converting it into a museum. The prison was bombed by the Israelis during the 2006 war and much of it was destroyed. At the same time Israeli strikes also hit a UNTSO outpost just outside the prison, killing four multinational observers.

Even though much of the prison is now rubble, you can still tour the site and there are plenty of guides prepared to show you around what’s left. Our guide was Abu-Ali, a former prison inmate who explained to us how he and other prisoners were tortured. It’s not clear how much of the torture stories are revisionist anti-Israeli propaganda, but it seemed pretty obvious to us that evil things had taken place there and much of what Abu-Ali told us was probably true. 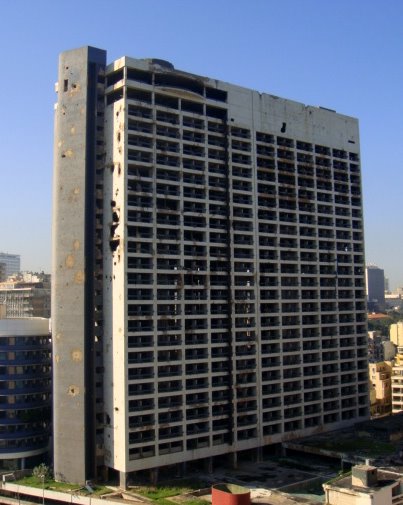 Most of the churches, mosques and other buildings damaged during Lebanon’s 15 year civil war have been repaired and given a new lease on life. But while it’s great that the Lebanese are moving forward (most of the time) from that terrible period, perhaps some of the evidence of the awful destruction, religious intolerance and tragic waste should be preserved as a reminder of how bad things got.

For now, there’s still ample evidence of Lebanon’s history of conflict, such as the St. Vincent de Paul church in downtown Beirut, pictured here. I don’t know the history of this church, except that it’s perhaps the closest to the old Green Line and is one of the few unrestored places of worship in downtown (the other is the Maghen-Abraham synagogue, which is a similar shell of a building).

My you’ve got a big gun… 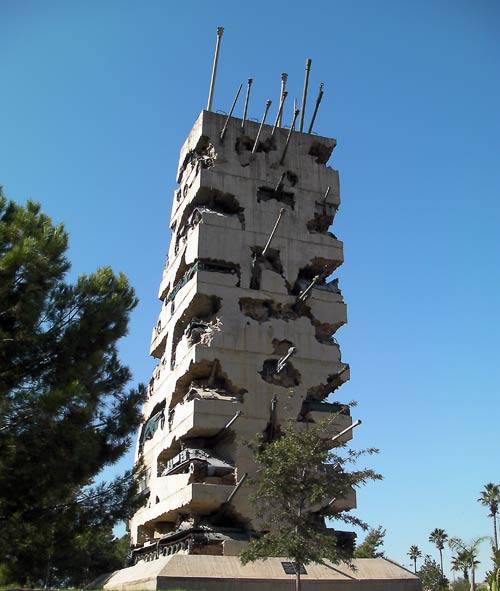 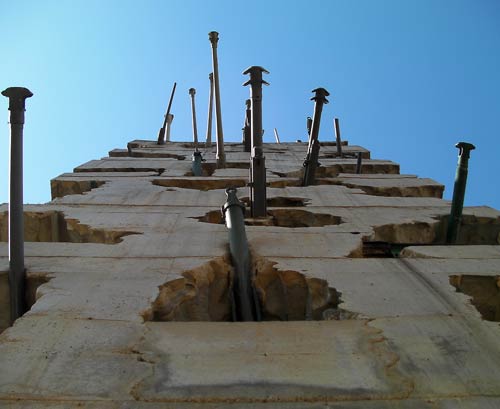 Sitting next to the port in Lebanon’s second largest city, Tripoli, is a disused trainyard. The yard was part of an extensive rail network built by the Ottomans in the 19th century and running throughout Lebanon. Lebanon had the first railway in the Middle East, opened in 1895. This network ran along the Lebanese coast from the northern Syrian border all the way to Haifa in Israel, and also extended up through Mount Lebanon. It linked up with the famous Hejaz Railway, which connected Damascus and Medina and was the railway blown up by Lawrence of Arabia.

However since Independence in the 1940s sections of Lebanon’s railway were slowly disconnected or built over. The 1975-1990 civil war saw most remaining infrastructure and trains destroyed. All rail links into Lebanon are now severed. (Amazingly, I’m told there are still over 200 people employed by Lebanon Rail, even though there’s been no train movements in Lebanon since the early 1980s).

Sitting in the Tripoli railyard are a number of old steam engines, which according to Robert Fisk (see here) were originally from the pre-First World War Reichbahn and were transferred from France to Lebanon during the French mandate period.

Sadly, as you can see here, they’re in terrible condition and are rusting away. Thomas the tank engine would not be pleased, and nor would the fat controller! 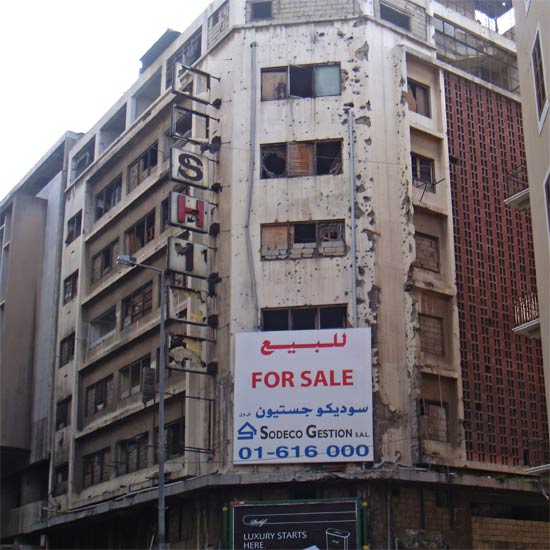 Luxury for sale on the Green Line