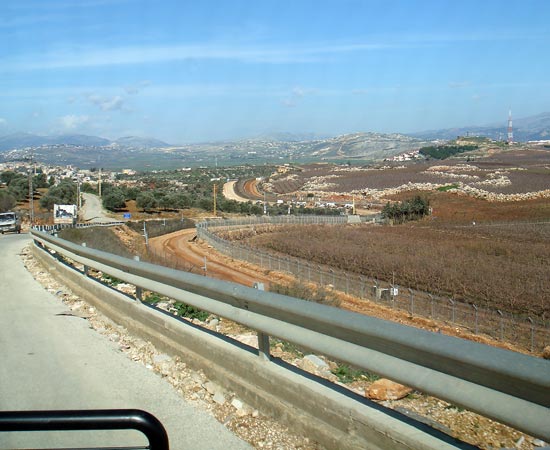 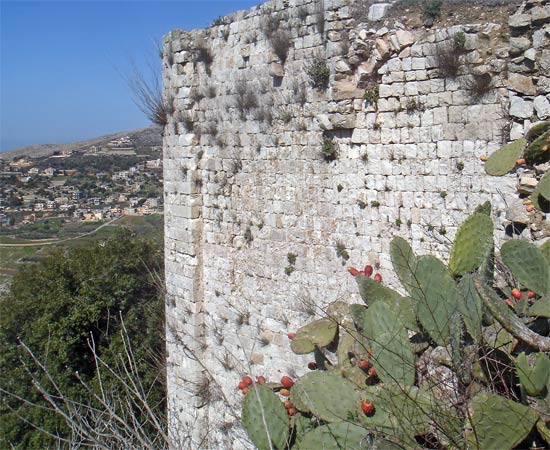 There is very little about Lebanon’s history that is not controversial, emotive or disputed by parties within Lebanon or challenged by its neighbours. Activities during the 1975-1990 civil war, and issues relating to Israeli involvement here, are particularly contentious.

One such example is the prison at Khiam. Located several kilometres from the Israeli border, the town of Khiam has had a difficult recent history. On a number of occasions it was the target of Israeli air and ground assaults, most recently in the mid-2006 war. I know one person whose family home there has been bombed and rebuilt three times. Khiam has a commanding view of the surrounding countryside – to the south is the green agricultural lands of Israel, to the east towers majestic Mount Hermon, and to the west across the Litani river is the incredible Beaufort castle.

But perhaps the most notorious thing that Khiam is known for is its prison. Built in the 1930s by the French colonial authorities, the prison was run by the Christian South Lebanon Army during the civil war and until the withdrawal of Israeli forces in 2000. During this time it became notorious for torture and severe human rights abuses and was cited repeatedly by the ICRC and Human Rights Watch.

Following the withdrawal of Israeli forces Hizballah took over the prison, converting it into a museum. The prison was bombed by the Israelis during the 2006 war and much of it was destroyed. At the same time Israeli strikes also hit a UNTSO outpost just outside the prison, killing four multinational observers.

Even though much of the prison is now rubble, you can still tour the site and there are plenty of guides prepared to show you around what’s left. Our guide was Abu-Ali, a former prison inmate who explained to us how he and other prisoners were tortured. It’s not clear how much of the torture stories are revisionist anti-Israeli propaganda, but it seemed pretty obvious to us that evil things had taken place there and much of what Abu-Ali told us was probably true.

A while ago I wrote about exploring the ancient Roman ruins in Tyre (here and here). The old colonnaded road down to the sunken port is a fascinating spot, with sections of the ancient harbour submerged under the Mediterranean. It’s quite special to stand on the ruins looking down at all the marble columns lying on the seabed.

One of the enduring features of this coastal site was an old relic seller who would inevitably attach himself to any tourist wandering among the ruins. The old guy – Jamal was his name – had skin the colour of tanned leather and would point out little secrets, like the remnants of human bone from where the Romans buried their slaves. He would also tell how, as a younger man, he used to dive down to the ruins under the sea to find sunken coins, icons and other treasures. He would then pull out an old wooden box containing some special finds, which of course were available at a special discount for such a kind and respectable Australian as myself…

When I first saw him he had a collection of Roman and Greek coins, as well as a ladies hair pin, a comb and some Crusader icons. Naturally I bought a few, paying too much and not really knowing if they were genuine antiques or were simply forged by his cousin and then buried in the backyard for six months to “age” them appropriately.

Anyway, I was down there the other day and was very saddened to learn that the old bugger’s dead. Apparently there is a rival coin seller in Tyre and they got into a turf fight a few weeks back. The fight got heated and the rival shot and killed Jamal. Now the rival’s in the clink and Jamal is no more.

So I’m saddened that this great old guy who was so full of character is gone. And I wonder who else will be there to fill the void, to unearth the hidden secrets of the Roman port, and to flog off some pilfered treasure?

There are a number of Crusader castles in Lebanon, remnants of the many battles fought between Christian and Muslim armies in the 12th and 13th centuries. One of the most interesting – though perhaps least well preserved – is Beaufort Castle.

Located 1000 metres above the Litani river and with a commanding view to the south and west, Beaufort has been the castle to possess in Lebanon. During the past 800 years it changed hands several times between the Christian and Muslim forces. Even as recently as the civil war in the 1970s and 1980s, Beaufort was initially held by the PLO and then by the Israeli Defence Force. And no wonder: looking to the south you can see into Israel and up to the disputed Golan Heights. This map shows its strategic location.

Unfortunately, through all of these battles the castle has been severely damaged. Most recently, the departing Israeli forces blew up their fortifications at the site, damaging other parts of the castle in the process.

Nonetheless, it’s a fascinating spot to visit, particularly given the Hizballah branding and propaganda that adorns it today. (By the way, the “Islamic Resistance” referred to on the poster is Hizballah.)

We’ve been doing lots more exploring while Nanna’s here. On Saturday we drove north up into the mountains to visit the Bcharre (pron: BESHARAY) region and to see the famous Lebanese cedars. Then on Monday we headed to the southern city of Tyre (pron: TEER).

Bcharre is one of a number of towns on a ring road around the gorge-like Qadisha valley – known as the Holy Valley because of the number of monasteries, churches and hermit caves there and the Syriac translation of qadisho as “sacred”. The scenery is really dramatic, with all the townships clinging to the sides of the steep valley and the middle east’s tallest mountain, the snowcapped Cornet El-Saouda, towering overhead.

The Bcharre district is where famed artist and author Khalil Gibran (third bestselling poet after Shakespeare and Lao Tse) was born, and it was a major centre for migration to Australia (everyone there has a family member who lives in Australia).

Having done a recce to Tyre several weeks ago, we decided to take Nanna to southern Lebanon to explore the ancient Phoenecian, Greek and Roman ruins of this city which dates back to 3000 BC.

First stop was a drive past the Crusader Castle at Sidon harbour, then a detour when we spotted a toy shop selling kids bikes (Nanna wanted to buy Mitchell a bike, so that he could inflict more damage on our furniture). We then continued south to Tyre, a squeezy drive through the old city and stopped at the ruins of the old Roman port. The beautiful mosaic road runs straight into the sea, where a large section of the town’s sea wall has now vanished under the Mediterranean. You can still go snorkling among Egyptian and Roman columns on the sea bed.

We next took advantage of the beautiful Spring weather to go and sit on the beach. Sheridan did very well walking along the soft sand (with a little support from Alex and Nanna) and Mitchie had a great time digging out sandcastles and throwing spades of sand into our faces. Oh how we laughed!

As the afternoon lengthened we ventured on to a neat little ice cream cafe overlooking the sparkling sea, with the Israeli headland 20km to the south. The proprietor looked at us like we were the most boring people he’d met as we each ordered a two-scoop ice cream. The reason for this quickly became apparent, when a Lebanese couple ordered a giant plate covered with sliced fruit, about 15 different flavours of ice cream, assorted toppings and with wafers and other crap sticking out all over the place. It was completely outrageous. Still, we were fairly content with our piddly little ice creams (until the next morning, when Sheridan and Nanna copped a bit of food poisoning).

Final stop before returning to Beirut was the Al-Bass archaeological site, which contains a Roman cemetery, a triumphal arch, and the largest Roman hippodrome (think chariot racing in Spartacus) ever discovered.

In addition to Beirut, there are three other main coastal cities in Lebanon: Tripoli, Sidon and Tyre.  Each of these have a wealth of history and were previously capital cities for the Phoenecian empire, as well as major cities for the ancient Greeks, Romans and others.

Tyre is in the southern end of Lebanon and only about 20km from Israel. These days it is almost exclusively Shiite and is the main city in the UN mandated buffer zone established between Israel and Hizballah after the 2006 summer war.

Politics aside, Tyre is a rather quaint city with extraordinary history on display.  The security situation has all but killed the tourism trade, such that the only visitors to the area are international peacekeepers assigned to UNIFIL.  This is a shame as there’s plenty of Roman, Greek, Byzantine, Phoenecian and Crusader ruins worthy of exploration, and it has the cleanest beaches and water in Lebanon.

While visiting Tyre for work yesterday I had a bit of spare time, so I took the opportunity to explore some of the ruins at the ancient port.  The weather was absolutely glorious – the sun was glinting off the crystal waters of the Med and there was none of Beirut’s dirtiness in the air.   I took a work contact out for lunch and I must say that it was pretty hard sitting in an open air cafe eating decent pizza, drinking Al Mazza beer and enjoying the view over the Med…